This is a summary of information compiled from public record and published peer reviewed journals on the history of fluoridation in the Netherlands. 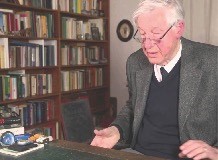 It explains how medical based science resulted in the termination of fluoridation in this Country, thanks largely to Dr. Hans Moolenburgh, a Medical Physician, Cancer Specialist, and Clinical Ecologist who with a team of medical doctors and medical researchers conclusively demonstrated that fluoridation of drinking water resulted in the population being subjected to low grade poisoning by fluoride with wide ranging medical side effects.

Hans C. Moolenburgh, M.D., graduated as a medical doctor from the University of Leyden in 1952. He was a general practitioner in the city of Haarlem in the Netherlands since April 1953. Apart from being a G.P., his main interests were clinical ecology and complementary forms of cancer treatment.

Dr. Moolenbuurgh wrote three books on the subject of fluoridation. Two of these are in Dutch: “w” 1973 and “Fluor Liever niet” in 1990. The third book is in English: “Fluoride, the Freedom Fight,” 1987. Dr. Moolenburgh was actively involved in the campaign to end fluoridation in the Netherlands and spent many years researching the science surrounding fluoridation.

In 1952, Dutch health authorities, following the lead of the United States, began fluoridating the public water supply in the city of Tiel with Culemborg as the control city.

In 1971, Dr. Moolenburgh documented the first fluoride victim in Holland during the Haarlem hearings regarding fluoridation. The case involved a baby boy from nearby fluoridated Velsen who had breathing troubles since birth. When the child was 6 months old, he was brought to Dr. Moolenburgh for treatment and was completely cured in one week of its ailment simply by removing exposure to fluoride in the drinking water.

On March 20th, 1972, the city of Amsterdam began fluoridating its water supplies. This had a widespread effect on surrounding communities who derived their drinking water from the Amsterdam water suppliers, such as Heemstede, Bennebroek, Hoofddorp, Haarlemmerliede and many others. Dr. Moolenburgh found himself in a unique position to study the effects of fluoridation first hand, as half of his practice lay in Heemstede (fluoridated) and the other half in Haarlem (non-fluoridated). As he had already extensively studied the possible side-effects of fluoridated water from the mainly American literature, Dr. Moolenburgh was on the lookout for changes in the morbidity pattern in his practice. According to Dr. Moolenburgh it soon became apparent that the extensive American data showing adverse effects were accurate.

“The adverse health effects began almost at once, with people, especially children, developing colicky pains. The parents of these children often did not even know that their water supplies were fluoridated. These sudden changes only took place in fluoridated Heemstede, and the cure was easy: non-fluoridated water. This cure was shown repeatedly to be the correct one, as parents made errors with the jerrycans of non-fluoridated water. As soon as fluoridated water was given, be it only one cup, the sensitive children began to yell again. This was particularly stressful in babies, who often yelled through the whole night. Other early symptoms were the small ulcers in the mouth called stomatitis aphtosa. I also saw how children with a known allergic condition that had been under control, such as children with atopic eczema, suddenly saw a return of their complaints.”

Based upon this experience in his own practice, Dr. Moolenburgh organized a group of practitioners and researchers to study the effects of fluoridation on health. All the doctors came from fluoridated communities and many did not believe in the existence of the side-effects, as the health authorities had emphatically denied their existence. In addition to the original 12 physicians practicing in Haarlem and some of its surrounding fluoridated areas, various individuals with training in biology, chemistry, and neurology also participated in the above study.

After un-blinded tests on skeptical General Practitioners which showed negative health effects (similar to low-grade poisoning), to evaluate our initial findings they conducted a double-blind experiment:

“To obtain unassailable proof that nothing but fluoride in the water was responsible and that the ill effects were not imaginary, Dr. Moolenburgh’s group turned to a double-blind procedure. A cooperating pharmacist prepared eight numbered bottles of drinking water, some with fluoride, some without. Only the pharmacist knew which ones contained fluoride. The numbers, placed in a sealed envelope, were sent to the group’s attorney. Patients who had recovered from side effects after changing to non-fluoridated water drank daily, one liter of water from one of the bottles given to them. If symptoms occurred, the number of the bottle was sent to the attorney in a sealed envelope. Only after all the envelopes were received were they opened in the presence of witnesses to avoid any possibility of bias. These tests proved that fluoridated water caused the side effects we had identified, and the results have been published.

After several months of careful study, the group began to grasp the full importance of the problem. The difficulty at first was that each symptom in itself could be interpreted as a normal illness. Only a combination of symptoms (e.g. colicky pains, small ulcers and blurred vision) pointed in the true direction.

The list of the most common complaints we could readily identify with the exposure to fluoridation includes;

A definite relationship between the symptoms and fluoride in water was clearly established.”

“Through continued study and research”, Dr. Moolenburgh observed “we now understand that what we have been studying is not an allergy for the fluoride ion as we had first thought, but an intoxication from the highly toxic fluorides that had been added to the water supplies. It is well known that sensitivity to poisons can vary from person to person, and that this variation is quite extensive. In an allergy, an increased dose of the irritating substance will still only give symptoms, perhaps increased in severity, in those allergic to it. In a poison, a small dose will give complaints in the more sensitive persons. In the case of fluoride, research shows that to include about 5% of the population. With increasing doses more and more people will fall ill, and when the dose is high enough everyone will be ill, with perhaps the most sensitive persons already dead or dying. As a summary of our research, we are now convinced that fluoridation of the water supplies causes a low grade intoxication of the whole population, with only the approximately 5% most sensitive persons showing acute symptoms. The whole population being subjected to low grade poisoning means that their immune systems are constantly overtaxed. With all the other poisonous influences in our environment, this can hasten health calamities. It is in the light of this constant low grade poisoning that the substantial evidence of increased cancer death rate due to fluoridation needs to be considered and understood.”

In conclusion, Dr. Moolenburgh stated under oath that “It is my considered scientific opinion, and I speak in the name of my colleagues who joined in this research, that the fluoridation of water supplies gives a significant immuno suppression of the whole population subject to it, and is one of the important precursors of the civilization illnesses that are rampant in modern industrialized society. It is my best scientific judgement, made with a high degree of scientific certainty, that fluoridated drinking water is very dangerous to the health of those who drink it.”

Following publication of their research results water fluoridation in Holland was discontinued in 1976.

In a recent letter published in the journal ‘Fluoride’ Dr. Moolenburgh observed “as a 84-year-old physician with 54 years in medical practice, who also lived through the German occupation of Holland during WW II and saw what totalitarian thinking leads to in the end. When the fluoridating authorities finally begin to realize that fluoridation was founded on a hill of sand, they will behave like little children when the incoming tide demolishes their seaside sand constructions. They will shut their eyes and protest, “No, this cannot be!” Public health authorities should only be interested in promoting good health and preventing human suffering. Yet, from their actions, they appear more concerned with adhering to erroneous dogmatic thinking and maintaining their own positions and power. Discussion and debate with fluoride promoters is useless and a waste of time. Just as happened in Holland and throughout most of Europe, authorities who try to suppress unwelcome facts about fluoridation will be eventually be swept away in response to compelling evidence and massive public indignation.”

It is lamentable that in 2013, as Ireland holds the presidency of the Council of the European Union, that the Republic of Ireland, alone within Europe, continues to support the mass medication of its population using untested industrial chemicals that are known to cause harm to human health and the environment.

Given the considerable amount of information available there is no doubt but that the public health authorities as well as the political establishment in Ireland (as well as in the other few remaining countries that still support fluoridation) have utterly failed to undertake a proper medical or scientific due diligence to protect their citizens from unnecessary harm, that may result from supporting what can only be described as a ‘blunt totalitarian policy’ mandating the mass medication of entire populations with untested chemicals being added to public drinking water.