A recent Official Information Act request (OIA) regarding the effect of ending fluoridation in Ashburton has shown that there have been no detrimental effects on dental health, in fact, the opposite is true. Since Ashburton stopped fluoridation in 2002 there has been a small, steady improvement in dental decay rates, a far cry from dire consequences proclaimed by the Ministry of Health (MOH) and district health boards in the lead up to last year’s referenda in Hamilton, Hastings and Whakatane. 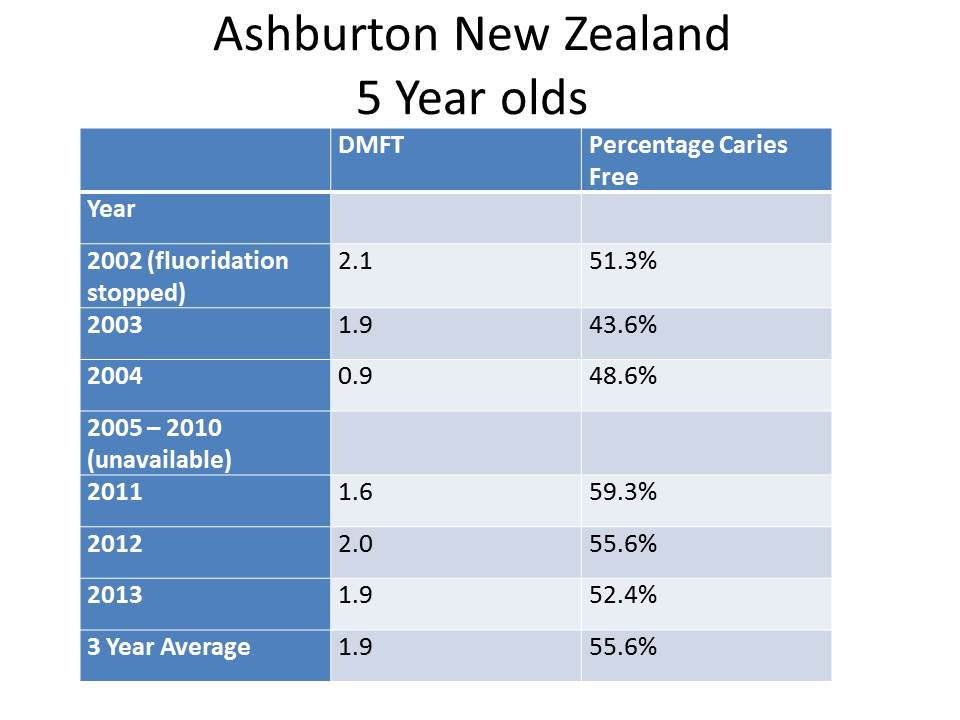 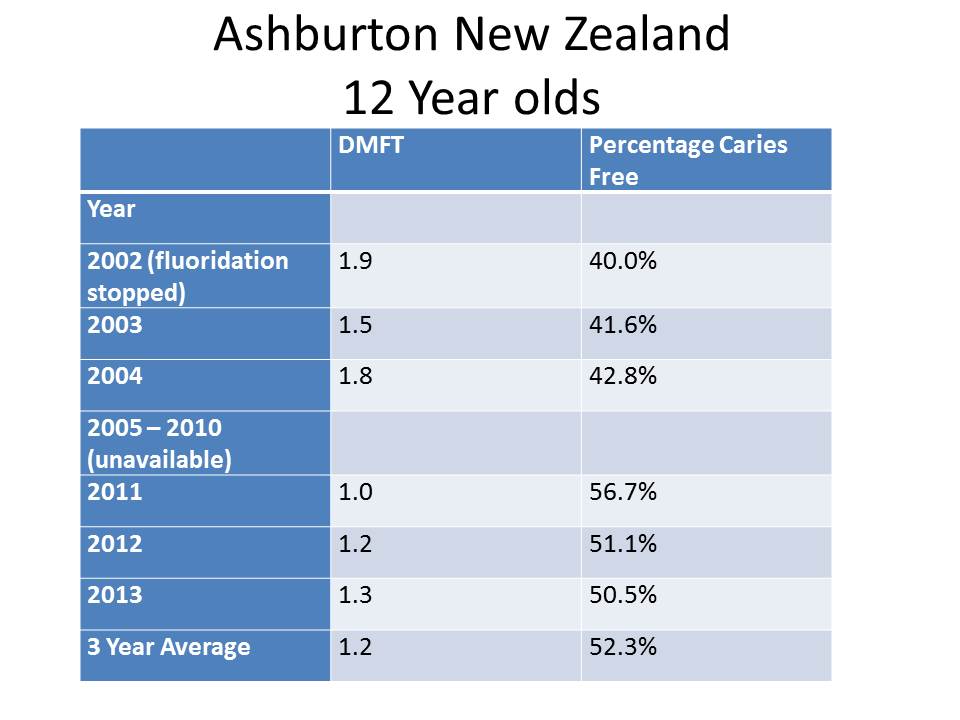 Since 1986 fluoridation has stopped in Timaru, Tauranga, Matamata, Kaitaia, Ashburton, Taumarunui, New Plymouth, Waipukurau and Hamilton. Yet MoH statistics online do not show an increase in dental decay in any area over these years.

In Hamilton last year, the medical officer of health at the time, Dr Felicity Dumble, said that as a result of reduced exposure to fluoride that, “a conservative estimate of an additional 2000 avoidable cavities and fillings per year for the residents of Hamilton would be expected”. The MOH’s MoH’s key plank in the Hamilton referendum was based on the 2009 Oral Health Survey which showed a 40% tooth reduction.

Unless the Ministry of Health can provide factual evidence for these claims, the public should consider these proclamations as nothing more than deliberate misinformation. Fluoridation appears to be based on faith not facts.