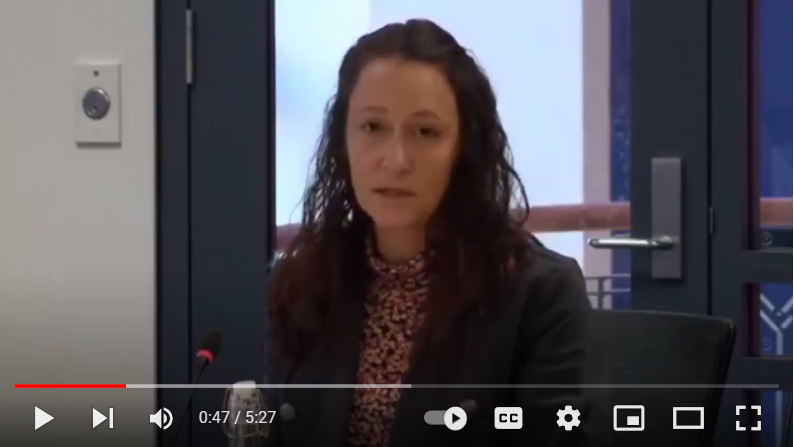 What parts of Dunedin are fluoridated?

What fluoride chemicals are used to fluoridate Dunedin’s water supply?

What level is Dunedin’s water fluoridated at?

Fluoride is dosed into the Drinking Water Supply at the city’s two main water treatment plants. No fluoride is added to the water at the city’s smaller water treatment plants.  Based on the water test data provided by Citilab Ltd in the period from 5 January to 3 August 2015, the concentration ex the Mt Grand Water Treatment plant has ranged from 0.49 to 0.82 mg/L and at the Southern Water Treatment Plant  from 0.53 to 0.73.  The average concentrations for Mt Grand and Southern were 0.70 and 0.67 mg/L while the corresponding medians were 0.69 and 0.69 mg/L respectively.

Where is the waste water for Dunedin discharged?

The waste water for Dunedin is discharged into the ocean via the outfall pipelines from St Kilda and Waldronville beaches.

Is there a Resource consent for the discharge of fluoridation chemicals into the Ocean at St Kilda and Waldronville beaches?

No there is not.  It is not a requirement of the Resource Management Act 1991 (RMA) to have consent to fluoridate water or to measure fluoride in water discharged to the natural environment.

The only consent that the DCC Water and Waste Services Group holds which mentions fluoride among measured contaminants is consent number RM12.139.01.V1 – to discharge contaminants to air for the purpose of operating the Tahuna Wastewater Treatment Plant.

The concentration of contaminants in the air discharge from the biosolids incinerator, prior to discharge to the biofilters, shall not exceed the following – Hydrogen Fluoride: 2 milligrams per cubic metre.

Is there a Resource Consent held by Dunedin Council to add Hydrofluorosilicic Acid to the Dunedin’s water supplies?

The current price is $1250/tonne exclusive of GST which is up from $734.86/tonne.  Approximately 4 months of the 2015-16 year’s consumption will be the old price with the balance of the year at the new price.

How many Tonne of Hydrofluorosilicic Acid is added into Dunedin’s shared environment?

Based on a budget of $22,500 and the price at budget time being $734/Tonne the estimated Tonne would be approximately 30 Tonne.

Testing is carried out weekly.  The consumption of fluoride is also calculated each day to check on the performance of the dosing equipment and enable adjustments to be made.

Citilab Ltd who are a New Zealand Ministry of Health accredited laboratory.

When did fluoridation begin in Dunedin and has there been any public consultation since beginning?

The City’s archives show that fluoridation was first mooted in 1958 and that fluoride was first added to Dunedin’s community water supply on 11 May 1967.  The historical records also show that consultation took the form of deputations and polls leading up to the decision to introduce fluoride into the water supply.

19th January 2015 Otago Daily Times Fluoridation maybe in the pipeline. Fluoridation coming back on the agenda in Dunedin when councillors decide whether to extend fluoridation to Mosgiel and other outlying areas of Dunedin.

15th May 2013 Otago Daily Times A step in the right direction – Council opts to lower fluoride levels and look into options for providing unfluoridated water.

10th May 2013 Otago Daily Times SBHB chairman questions fluoride referendum.  Of course the fluoridation proponents do not want a referendum. They are scared the majority of people do not want it.

Prof Paul Connett’s visit to Dunedin has injected momentum into the Dunedin Fluoride Free group.  This year council received 34 submissions on fluoridation, more than on any other topic.  A number of people spoke to their submissons including local dentist Russell McLean.

Good 2011/2012 draft Annual Plan submissions and presentations were given but by all accounts it doesn’t look as if there is any real interest from enough of the councillors.  Dunedin is the home of the Dental School and a lot of the councillors are very conservative.  That doesn’t mean people should give up, as Council actually voted for a referendum there in 2008 before it was overturned at the next meeting.

Position Statements of Candidates in the 2010 Local Body Elections

6th April 2010: Submissions to this year’s Draft Annual Plan need to be at the Dunedin City Council by Monday the 12th April. Click here to download a form that can be used for the submission, or write your own submission.

Letters to the Editor

6th December 2008: feature article in Otago Daily Times,  claims and counterclaims according to the ODT

3rd November 2008: Dunedin City councillors have rejected the recommendations from the Infrastructrue and Services Committee and have decided NOT to consult the people of Dunedin. They were advised by the Otago District Health Board’s Medical Officer of Health, that the Ministry of Health no longer support referenda since they lost most of the referenda that they paid for last year around Otago.

14th October 2008 – Dunedin City Council’s Infrastructure and Services committee voted on Monday (13th October 08) to have city-wide consultation on fluoridation as part of their next draft annual plan.

This was reported in: The Otago Daily Times, The Star, and Channel 9

Over 100 people attended the Wednesday 15th Oct meeting in Mosgiel with people having to be turned away due to lack of room (see Channel 9 report).

Due to the large turnout another public meeting is to be held on the 28th of October.  It is important residents from all over Dunedin attend this meeting.  Public Health South will be invited again so that people can hear both sides of this issue.  Dunedin City Councillors will also be invited so that people can let them know how they feel and to get answers from them.  Their attendence and the venue for this meeting a still to be finalised but will be posted on this site once confirmed.

Residents are reminded to attend the Council’s Public Forum on Wednesday 22nd October.  It is important that residents currently living in fluoridated areas of Dunedin let the Council know that they support the public consultation as this is still subject to a final vote at the next full Council meeting on the 3rd November.

The petition will now be presented with submissions at the Draft Annual Plan. Please contact FANNZ if you able to help collect signatures.

1. Attend the meetings being held in Mosgiel at the Downes Room Mosgiel, at 7.30 p.m.on 15thand 28th October.

2. Attend the Public Forum on the 22nd October at the the Edinburgh Room, Municipal Chambers.

3. Ring, write or email you local councillors and community board members

5. Send the following to everyone you know:

Dunedin City Council is about to decide on a city-wide policy for fluoridation in Dunedin. All currently non-fluoridated areas such as Waikouaiti Coast, Port Chalmers andMosgiel are now under direct threat OR Dunedin could stop fluoridation completely.

If you area Dunedin resident, please sign the onlinepetition at http://www.fannz.org.nz/contactform.php.

Please pass this on to everyone you know so that as many Dunedin residents as possible are given the opportunity to sign this petition before it is presented to the Council at the Public Forum on the 22nd October.

Meetings to stop fluoridation are being held at the Downes Room Mosgiel, at 7.30 p.m.on 15th and 28th October.