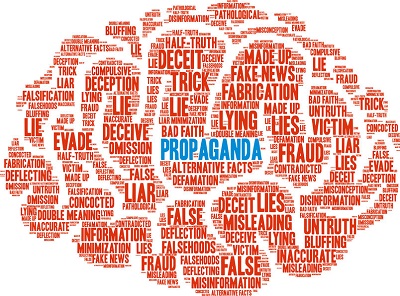 The Prime Minister’s Chief Science Advisor has released a document purporting to show the latest science on fluoridation. However, among the many mistakes and reliance on out-of-date science, the most glaring issue is that she refers to two of the best studies ever carried out on fluoride and IQ (Mexico and Canada) as “having high prenatal exposure”. This is probably the most egregious misrepresentation in the review and hard to believe it was not done to purposely misrepresent.

Both the Mexican and Canadian studies looked at the level of fluoride in the urine of pregnant mothers. They then compared this to their children’s IQ when the children were six to twelve years and three to four years, respectively. The level of fluoride found in the mother’s urine was the same as the level that has been found in the only New Zealand study to have looked at fluoride urine levels.

Mexico is not fluoridated, and Canada has about 40% fluoridation with lower levels than New Zealand. Both of these studies, and the Chinese one the chief Science Advisor also referred to, show the same results. That as fluoride levels in the pregnant mother increases, IQ in the children drops.

In New Zealand, where we were fluoridating at 1ppm for many years, (the target is now 0.85ppm) fluoridation is likely to have caused a drop of around 5 IQ points for children exposed in-utero. The Canadian study was published in the prestigious JAMA Pediatrics, the world’s top Pediatric journal.

“An effect size which is on a par with lead” Dimitri Christakis, editor in chief of JAMA Pediatrics.

The Chief Science Advisor’s Review does state, correctly, that the Draft of the US National Toxicology Review has found “that fluoride is presumed to be a cognitive neurodevelopmental hazard, based on evidence from populations where drinking-water has fluoride concentrations of more than 1.5 mg/L. This determination is very clearly dose dependent.” The NTP Review also states that the “dose” received at 1.5 mg/L is based on average consumption and that around 5% of the population consumes twice as much as average.

Any margin of safety analysis would therefore mean the end of fluoridation in New Zealand.

The Review describes fluoride as benefiting teeth from incorporation into the tooth enamel. This theory has been widely discredited and no longer touted in US science. The US Centers for Disease Control debunked this theory in 1999 saying the benefit from fluoride came from topical exposure i.e. from toothpaste.

The Review has many other issues that could not stand up to any level of debate. Fluoride Free New Zealand has repeatedly called for open public discussion, but people pushing fluoridation prefer to hide behind closed doors and dictate to New Zealanders, happily promoting forcing medical treatment on people without informed consent.