You are here:
October 15, 2018Leave a commentPress ReleasesBy mary 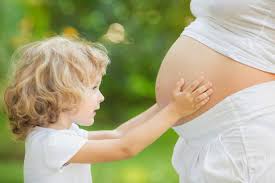 Last week three new studies were published on fluoride adding more weight to an already overwhelming body of evidence that fluoridation is not safe.

“I have grave concerns about the health effects of fluoride” said Ashley Malin, lead author of the Canadian Fluoride-Thyroid study and a researcher at the Department of Environmental Medicine and Public Health, Icahn School of Medicine at Mount Sinai.

Published in Environmental International, the study found that the thyroid stimulating (TSH) hormone of pregnant Canadian women with low iodine was increased by fluoride. High TSH levels indicates the thyroid is not working properly. Hypothyroidism is known to cause depression, anxiety and obesity.

A second study, published in Environmental Health Perspectives, found that most fluoride exposure for Canadians came from fluoridated drinking water and that pregnant women in fluoridated areas had nearly twice as much fluoride in their urine as pregnant women in non-fluoridated areas. The lead author of this study, an associate professor and researcher at York University, Christine Till, says “I am certain the safety of fluoride ingestion has not been proven”.

The third study, also published in Environmental International, found that children whose mothers were exposed to fluoride during pregnancy had higher rates of ADHD. This study, funded by the US Government, was carried out using the same data as the landmark IQ study, Prenatal Fluoride Exposure and Cognitive Outcomes in Children at 4 and 6-12 Years of Age in Mexico, published last year. It found IQ was reduced with increased fluoride exposure.

The case against continuing to force this medical treatment on millions of New Zealanders by way of water fluoridation is now beyond reasonable doubt. The Ministry of Health should accept this fact and abandon advocacy of an outdated practice.

As a former dental health officer for Auckland, the late Dr John Colquhoun, said in evidence to a court, “It is my best judgement, reached with a high degree of scientific certainty, that fluoridation is invalid in theory and ineffective in practice as a preventative of dental caries. It is dangerous to the health of consumers”.